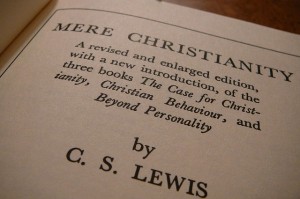 I’ve been trying to help you rethink the process of reading when it comes to your course assignments in seminary. This is actually long term advice: whatever kind of work you end up doing, you’ll learn more of what you need day by day if you know how to make quick work of dense texts, survey texts, and scholarly studies, as well as how to make the best use of book reviews and reference works.

Before I leave the topic let me add just one more strategic approach. I was reminded of this one by a recent letter from a pastor. Both before and during seminary he had gained a lot by reading non-academic books, “popularizations,” of topics being presented in his classes.

Why you should also read popularizations

He’s right. If you have to explore unfamiliar territory, what you most need is a friendly and knowledgeable guide. That may not be a technical reference book.

On the other hand, a scholar who knows how to write for a popular audience, or a journalist who knows how to digest and present the fruits of scholarship, can make your first explorations of a topic a genuine pleasure.

You shouldn’t stop with the popularization, of course. But once you read one, you can get far more out of your more technical readings.

Writing a popularization is tough.

Not every scholar can pull this off, by the way.

Some don’t want to do it. Their passion may be current research. Or they may fear their colleagues will look down on them, as if writing a book for non-scholars means they aren’t up to writing technical scholarship.

Some can’t do it. Once you’ve written up hundreds, or maybe thousands of pages of specialized research, your habits are formed. It can take a major retooling to learn to write for people whom you have to move to buy your books and spend their free time reading them.

This is really something I wrote to you about a long time ago, when you were still thinking about seminary as a someday idea. I encouraged you to read some popular treatments of theological topics so that you would be exposed to the issues, hear the language, and begin to ask the questions.

So let me just mention two authors and books that are helpful introductions and also good reading.

C.S. Lewis did a masterful job of asking theological questions for a non-professional audience in many of his books. He was a literary scholar by vocation, teaching at Oxford and Cambridge; he was sharp.

But during World War II he was asked to do a series of radio talks on theological topics on the BBC. Those “Broadcast Talks” were eventually published in three slim books, and then packaged together as the very famous Mere Christianity.

It isn’t a systematic journey through doctrine, but he asks excellent questions the people still struggle with and he answers them well. Also see his book on suffering The Problem of Pain, and Miracles.

These, like his fiction which also dives into theological topics, are simply good reading.

You may or many not like his answers but you’ll benefit from absorbing his questions.

We are on the cusp of the 500th anniversary of the Protestant Reformation which “officially” began in 1517 when Martin Luther’s famous “95 Theses” were published.

If you want to get an overview of Martin Luther and the movement he so deeply influenced, you will love Roland Bainton’s biography, Here I Stand.

There have been many biographies of Luther in the decades since, but nobody tops Bainton for readability — plus he illustrates the story with a ton of 16th century woodcuts.

That’s just two authors for now, but I have to get back to a big writing project — as well as my plans for a project to help people engage with key Reformation writings during the 2017 anniversary year.

If you’d like to be on the waiting list for info about my Reformation 500th Anniversary project, click the button below. I’m organizing an online reading group.