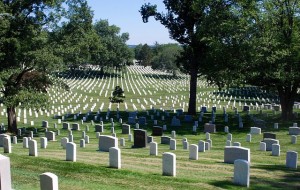 From Question 26 to Question 58, the Heidelberg Catechism explains the Apostles’ Creed line by line.

(If you are new here, the Heidelberg Catechism is a widely-used and much-loved Reformed summary of biblical Christian teaching that I’ve been blogging on since its 450th anniversary in 2013.)

Some lines get explored across a few questions. Some take just one.

For instance, after discussing the trial crucifixion and death of Jesus, following the Creed the Catechism asks,

The simple answer comes to mind: Because he was dead. Of course he was buried. That’s what people do with dead bodies.

But, as you may have noticed, the Catechism always expects us to find a bit more than the simple and obvious answer. The authors wanted us to find something helpful. There should be, in every doctrine of the faith, something to benefit us.

At the very least, biblical teaching is there to teach us what we need to know to find faith in Christ, then to deepen our trust in the goodness Christ’s promises toward us. That will comfort us and equip us to live the lives to which we are called.

But is there a particularly helpful message in Christ’s burial? At first glance the Catechism’s tiny answer seems to admit this is a stretch:

A. His burial testifies
that he really died.

The hint of something more is in the word at the end of the first line: it “testifies” to something. That something is Christ’s death — which was already dealt with in the previous line of the Creed.

I think the writers of the Catechism were counting on us to ask some questions of our own at this point. If you were to ask someone who knows the history of Christian controversies why the Apostles’ Creed would add this extra emphasis to Christ’s death, here’s what you would find out.

Back in the earliest centuries there were groups on the fringes of Christianity, or groups within Christianity that articulated different views of who Jesus actually was.

Some were “gnostics,” religious groups that borrowed bits and pieces from Christianity and Judaism and Paganism and Philosophy. They initiated their members into their own secret “knowledge” or “gnosis.”

Some of these were influenced by Greek philosophy that sometimes taught that there was one perfect invisible God, far removed from our physical world.

Everything in our physical world changes — and they were convinced that God cannot change.

Therefore, they thought, the Christ who comes from God cannot be really human. He merely appeared or seemed human.

Groups who held these views came to be known as “Docetists” based on the Greek verb “dokeo” which means “I seem.”

Back when the Apostles’ Creed was written, there was this ancient problem of people trying to say Jesus wasn’t really human.

Why was Christ buried? Heidelberg’s answer

So Heidelberg’s answer to the question of why Jesus was buried is to strongly affirm the practical answer and the reason behind the ancient answer.

The situation is analogous to that of the inimitable Coroner of Munchkin Land, when the house landed on the wicked witch:

As Coroner, I must confirm, I thoroughly examined her
And she’s not only merely dead,
She’s really most sincerely dead.

It wasn’t enough to say Jesus was merely dead. That would never answer the human tendency toward a gnostic denial of Jesus’ humanity.

Jesus burial testifies that he was “really most sincerely dead.”