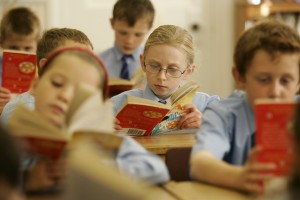 In school when I was a kid we spent a month or so studying some novel. It it, my teacher said, the main character had an “epiphany.” Everyone but me knew the answer to a crucial question: “What’s an epiphany?”

Now I can tell you: it is a moment of revelation. The character in that novel suddenly understood something.

The Church celebrates January 6 as THE Epiphany. It is a day of particular revelation in the course of Christ’s life.

Protestants are less likely to notice the Epiphany than either Catholics or Orthodox, for whom it is a major holy day. Maybe with a little exploration you’ll come to love Epiphany too.

The West: The Coming of the Magi

This is a moment in the Church year that has different associations for Christians in the West and the East. The differences are illuminating.

In the West, the major emphasis of January 6 is the revelation of Christ to the Gentiles. This is the day we remember that three mysterious non-Jews, Magi from the East, had discovered that a new king had been born.

Outsiders used their brains and their secular knowledge to find God’s promised Messiah. God gives the world the ability to find the Way. Pretty cool.

Foreigners gave Mary and Joseph the resources they would need to protect the infant Jesus. Soon they would flee to Egypt to save Jesus from Herod’s wrath. God uses outsiders to preserve the Life. Very cool.

The nations outside were the first to recognize and worship God incarnate. God shows his determination to bring the Truth to all. Super duper cool.

Suddenly we know: with the coming of the Magi God reveals that Christ’s saving work reaches to the ends of the earth — and, so, to people different from us.

The East: The Baptism of Christ

In Eastern Orthodoxy (where they call the day “Theophany”) a completely different scene is remembered: the day the grown-up Jesus went to be baptized by John in the River Jordan.

In those days Jesus came from Nazareth of Galilee and was baptized by John in the Jordan. And just as he was coming up out of the water, he saw the heavens torn apart and the Spirit descending like a dove on him. And a voice came from heaven, ‘You are my Son, the Beloved; with you I am well pleased.’ (Mark 1:9-11, NRSV)

The Son is there: We know from John 1 that Jesus is the eternal Word who is himself God.

The Father is there: We hear his voice from heaven declaring Jesus, the Word, is his Beloved Son.

The Holy Spirit is there: Manifest as a Dove, the Spirit comes down from heaven to Jesus on earth.

Suddenly we know: with the Baptism of Christ God is revealed to be the Holy Trinity.

This focus on the Trinity is not only clear from the icon of the day but from the first hymn sung in the morning service known as “Orthros”:

As You were baptized in the Jordan, O Lord,
then the worship of the Trinity became manifest,
for the voice of the Father bore witness to You,
naming You the Beloved Son;
and the Spirit, in the form of a dove,
confirmed the certainty of the word.
O Christ God, who appeared and illumined the world,
glory to You.

The Orthodox revel in the manifestation of the Trinity. But the Orthodox do not leave it with that. They think about all kinds of implications.

They have time. Orthros is a long service.

So in a later hymn they consider how this particular moment of revelation, this Theophany, is not just to human minds but to the whole of Creation:

Jordan River, tell us do:
What did you see and were amazed?
I saw naked Him whom none
can see, and shuddered in fear.
And how was I not to shudder at Him and be frightened?
The Angels, when they saw Him also shuddered in awe.
And heaven was astonished, and astounded was earth.
The sea recoiled along with all things
both visible and invisible.
For Christ appeared in the River Jordan,
to sanctify the waters.

At the revelation of the Triune nature of God, everything is astounded, from the angels and heaven where they dwell, to the earth itself and all created things.

Most specifically the waters are made holy by their participation in this wonder. And so I leave you with a video of the annual celebration of the blessing of the waters in Russia.

(The first seconds show the setup on a frozen lake, the second section is a bit of the liturgy, and from 1:30 on you see the extremely hardy faithful jumping in.)

(They hymns in this post are from Fr. Seraphim Dedes’ inimitable “Digital Chant Stand.” The first is from the Festal Menaion, and the second was translated by Fr. Dedes.)