History doesn’t repeat itself — but it does rhyme.

(The funny bits all get attributed to the same famous guys. As Abraham Lincoln said,

The internet is being ruined by fake quotations.

That one has to be true. I have it on a bumper sticker.)

Fake quotation or not, the rhyming of history happens in the pig picture of movements and nations. It also happens in personal history, yours as well as mine.

The Problem of Idleness

So today I have the same struggles as in the last few weeks, only with slight variations.

There are always demands and interruptions. Today one of my kids is home sick from school.

And there are always tendencies to lethargy and idleness — accidie as the monks called it.

Some days the problem of idleness comes from lack of a to do list. Some days the list is just too overwhelming.

Wanting the Step by Step Instructions 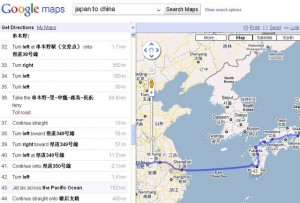 I want to take my life to Google Maps and get step by step directions, plus a big picture view of the journey.

Instead I have a zillion thoughts jumbling over each other.

So I sit there.

It can be a bit like one of Grimm’s fairy tails. I know where I want to get to — there is a castle out there, a treasure trove, or home. Something. 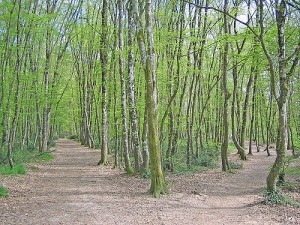 But I’m on a trail in the woods. The trees are high all around me.

Traveling into the night I lay down to sleep. I awaken at a crossroads: there are four paths to choose from.

If only I could climb to the top of the highest tree maybe I could see my destination and know which path to follow. 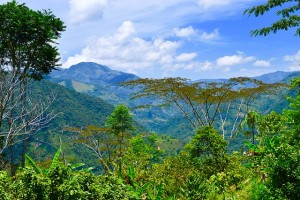 Maybe this is Tolkein’s Hobbit rather than the Brothers Grimm. Whatever.

But even if I can see the City of God as my final destination, Christ’s lips are sealed about that turn by turn thing.

In these Monday posts I’ve been exploring the inner life of the writer by mining the sayings of the Desert Fathers, those 4th century Egyptian monks who scooted off to the desert to battle their demons and live a life of prayer.

This morning I came across one by Abba Poemen:

Poemen also said, ‘They smoke out bees in order to steal their honey. So idleness drives the fear of God from the soul, and steals its good works.’ (Self-Control, 32)

Idleness sounds passive, but to Poemen it is an active force. Idleness is like smoke blown into a hive to drive away the bees.

It is idleness itself, whoever sent it, that is keeping me from the God who calls me and the work to which I am called.

So this ancient monk with the odd name (I’ve always loved that name, actually) tells me that the solution is not seeing the big picture.  He says I don’t need a turn-by-turn guide to the future.

This is an excellent spiritual counsel to me in favor of daily “free writing.”

When I don’t know which part of which project to tend to, I am idle. Get some words flowing onto the paper, any words, even the wrong words, and I’ll be moving.

Movement will take me into the work.

I’m like a truck idling in the parking lot, engine running. Or a boat sitting on a mud flat. I’m not moving. Only if I move, can I be moved and find my direction.

Thy Word is a lamp to my feet,

A lamp in biblical times was not a halogen headlight. There is no beam cast a mile down the road.

We are talking about a bowl of oil with a wick hanging out. A tiny little flame.

You could see clearly a foot, maybe two. Just enough to know where to put your foot next.

No turn by turn. No Big Picture map.

Keep writing. Clarity and energy will both come.

I’d love to hear what gets you moving when you are stuck idling. Let me know in the comments.